I know, we all hear about awesome apps that are going to change the world. You hear about the latest millionaire high school student who made an app and has now retired.

My name is Ryan Knell, I run Snappy Apps from Brisbane, Australia, and I’m doing a guest blog post for my friends at ALT Agency. I get pitched new ideas every day, some brilliant, many average. But, wow, the terrible ones can really stand out.

If you are looking to get an app developed, don’t be afraid to reach out to a developer. Many times people who come to me with an idea that won’t work, walk away with an idea that does. Its all part of the startup process. 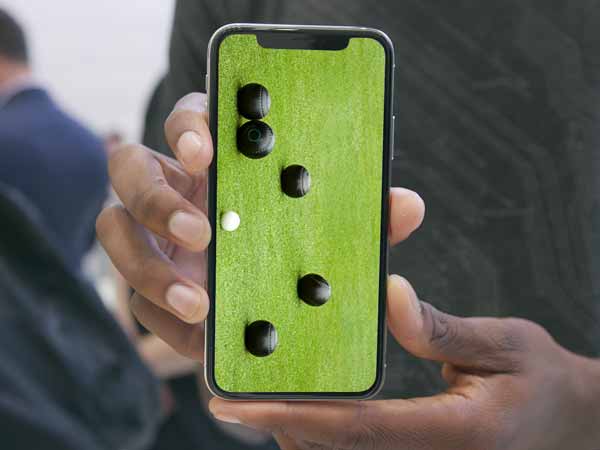 1. The magic lawn bowls app
The irony of this one is it actually did get made by someone else and was a success. What was the idea? Take a photo with your phone to measure the distance from the jack (white ball) and bowl (black balls).

The idea is good on a high level. The problem was the customer’s rigid requirements:
“It must be able to take a photo, without any setup, at any angle, and be accurate to the millimetre”. His budget was also about $2500/AUD, but that’s another story.

Why isn’t this possible? Well take a look at the mock up photo above, can you say, with absolute certainty which one is the closest? No! You need to control the environment.

The app(s) that ultimately got made used the phone’s gyroscope. They required the user to stand above the balls, once the phone determined it was level, then it took a photo. The photo was then processed using some advanced photo analysis and some user input.

I still worry its not “mm” accurate. But if the customer was willing work with the technology, it might have gotten off the ground. 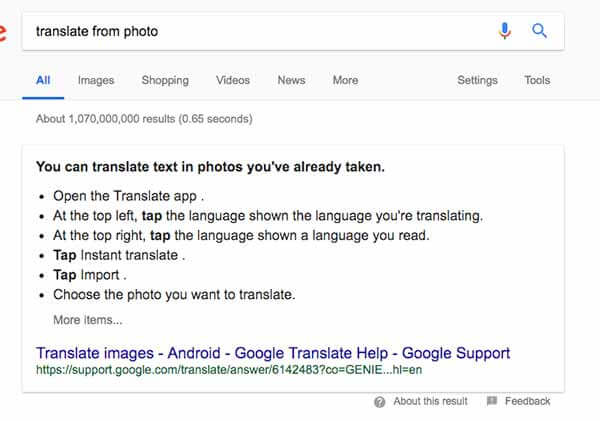 2. Google Translate
This is the reason I now vet my customers a little before I agree to meet up and discuss your idea.

Once I arrived for the meeting, no sooner had I walked through the door than the discussion started.
“We want an app that can do translations”
“Ok…” I said with scepticism here. “There are quite a few good offerings that do this.”
“BUT!” They said with excitement, “We want it to be able to translate from a photo”
“Google has an app called Google Translate that does that very well”

I proceeded to show them Google translate, took a photo, did the translation demo. This is all before I even managed to sit down.

It’s not fair to expect everyone to know every app that is out there, but if you have the “next great” idea, google it first. Not only will you see who your competitors are, but you might find a hole in the market. Apps are expensive, you don’t want to waste your money on a design that is not going to work. 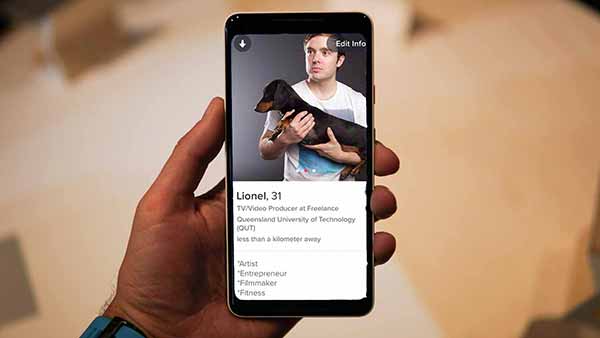 3. Tinder for single artists with pets and NO HOOKUPS.
When I was pitched this one just kind of made me laugh. It doesn’t need a lot of explanation, but that is a crazy tight niche. The customer also wanted a quote for “millions of simultaneous users” and be all inclusive.

But some practical advice on agency / social media apps. You need to ensure you are going to reach a critical mass before you app becomes a success. You need to put in place a plan to find those people, and fast, because your mobile app won’t have any value without an active user base. In these cases I often suggest to start with a very tight geography, saturate that and move on from there. 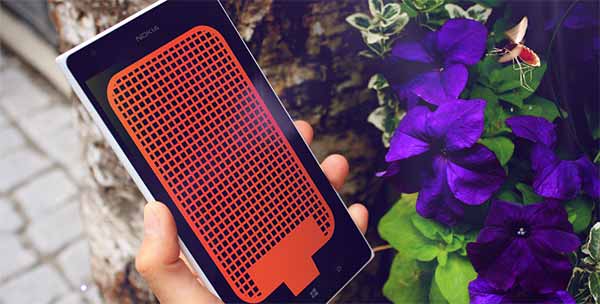 4. The fly swatter app
I love how bad this idea is. Its not a “fly swatter game” as you might expect. No. It puts a picture of a fly swatter on your phone. You use the phone’s screen to reign down terror on the unsuspecting fly. 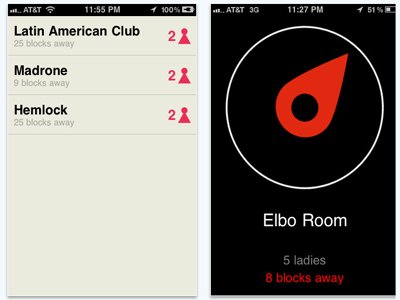 5. Where the ladies at?
Have you ever wanted to find the closest female, because they are just missing? Nowhere to be found?

What if you had a compass that told you where the closest female is? Wouldn’t that be great.

Now we just need all the women to opt into being tracked 24/7 in case a random decides to stalk them down. This one sounded a psycho alert, and I moved on pretty quickly. 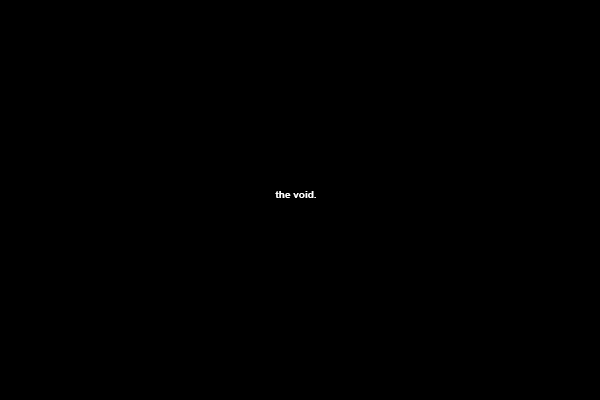 I got a call, a potential client wanted to meet up to discuss some app ideas. Thats what we do, so I agreed to meet them at a coffee shop on the way to another appointment.

The meeting went something like this:
“So I want to make an app. I’m just not sure of what kind of app I want” He said.
“Ok… What do you want it to do?” I ask.
“I’m not sure. Do you have any ideas I can make? I don’t have much of a budget.” 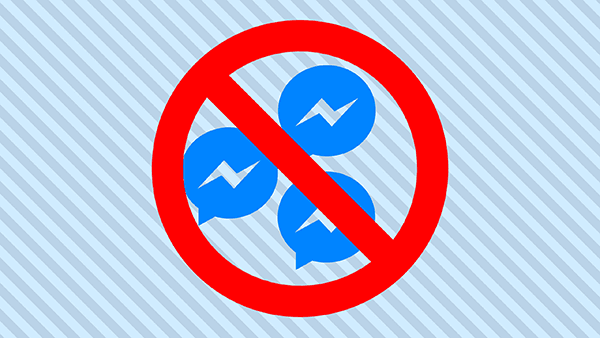 7. App that intercepts all facebook and instagram messages when you are drunk
Sure, again, I’m know people would absolutely use this. If it were possible.
The problem is smartphones fixed one very big issue that has plagued PCs for years. Viruses. I used to run a PC repair business and the reality was, we made our money from virus removal.

Once I saw what was happening in the smartphone space I moved on from that business. Anyway, what do viruses have to do with this idea? Everything is cordoned off. It’s more loose on Android, but apps still live in a “sandbox”

This is both a good and bad thing. It means that nobody can easily fiddle with your app. But it also means you can’t go in and start manipulating the messaging system of Facebook – for good means or bad. 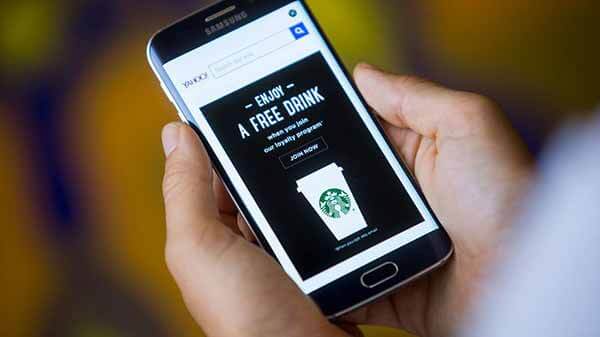 8. Unlockd
Unlockd is actually a “successful” app. This got somewhere over $50M in funding. It had massive backers – giants in the business world. Superannuation funds were going to pour an extra $40M into the app before it folded.

The premise was that you could opt-in to being forced to watch ads when you unlock your phone for reduced phone bills.
It got shut down. They had a massive tantrum. They blamed (and even tried to sue) Google.

But the writing was on the wall from the beginning. Why? Becuase it operated in a grey area – there is a reason it was Android only. It broke that “Sandbox” mentioned in point 7. You have to work with the system you are developing for. Loopholes are a short term solution.

It goes to show, everyone can have a bad app idea. Even smart and wealthy people can back bad ideas. I have another blog entry on validating your app ideas. But talking to your app developer, and genuinely asking what they think, is a good first step.

Mobile app development can have a profound effect on your business – if your app idea is sound and the development of your app is executed correctly.

Whilst some of these app ideas showed some promise, well – depending how you define “promise”, some were just flat out awful ideas and certainly deserve there place amongst some of the worst app ideas ever.

Don’t let your app fall by the way side – There are tons of great benefits to having an app, so be sure to really thrash out a clear idea, get market research and understand the crucial elements in the app development process. 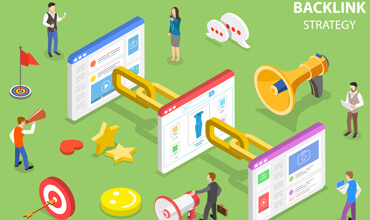 Backlinks for SEO: The Ultimate Guide

Backlinks for SEO: The Ultimate Guide. Struggling to build backlinks or to even understand what a backlink is and how it helps your SEO? This handy guide covers everything you need to know about backlinks.
0