January seemed to fly by so quickly – But still there was a core Google algorithm update in January!

Read on to learn more about the January 2020 core Google algorithm update along with the other things that happened in the world of SEO in January 2020. 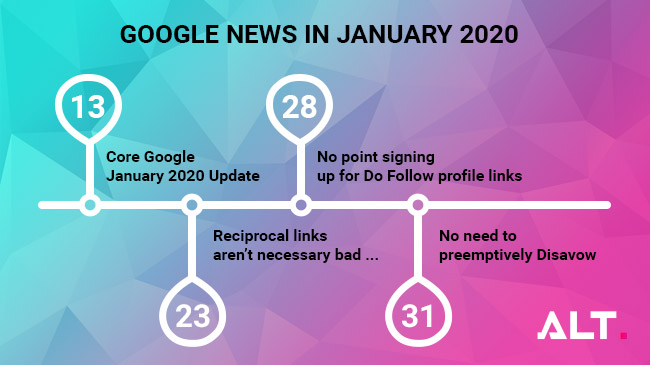 January 13th – Google confirm that a core and broad algorithm update simply titled “January 2020 Core Update” was being rolled out.

This was reported to of affected many worldwide updates and rather than being something specific such as a page speed update, it was considered to be more of an update to their core algorithm.

Data suggests this update wasn’t just any particular niche specific, but it is reported my multiple reliable sources, that website sin the “Your money, Your life” category were hit hard, if not the hardest.

Other reported niches are health/wellness and finance niches.

January 28th – There was a discussion on Reddit in which a user asked if signing up to profile websites with do follow links offer any SEO benefit.

Google’s John Mueller simply replied with a “no” without elaborating further.
So, those emails offering you 100+ profile backlinks for $5 or $97 are worthless!

January 31st – John Mueller also took to Twitter to address a public list of domains being shared. Webmasters are Pre-emptively disavowing these links but John said on Twitter “No need to spend your time on that.”

From the January 2020 SEO rumour mill

Did Forbes get hit by a Google Update?

The rumour mill picked up on a report from a unnamed Forbes writer who claimed his traffic has dropped “down circa 10x”.

Its not known if the January core update hit them or if something else did as there has been a lot of Google activity in January, but certainly something to keep an eye on. 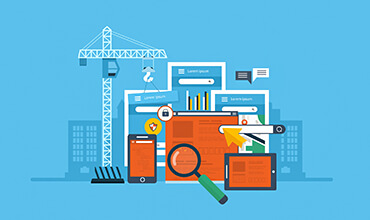